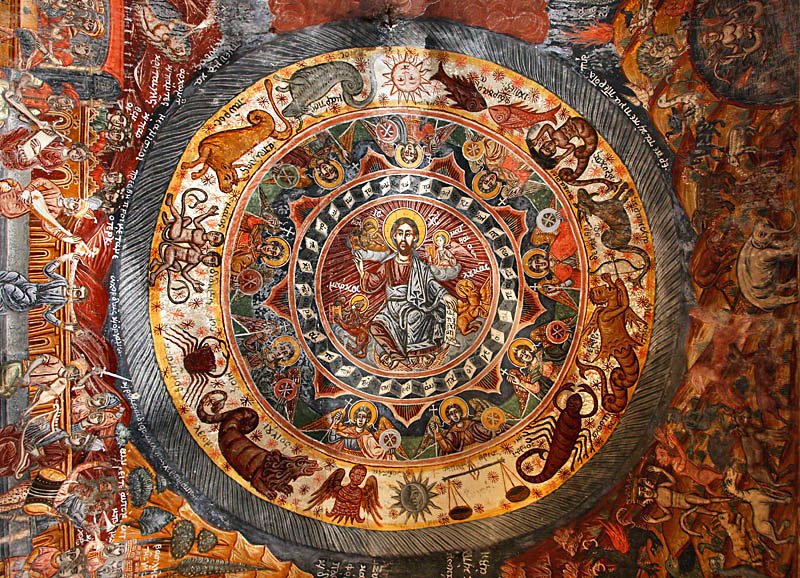 I think that a great many people I interact with on the topic of religion or God labor under a false and hostile presupposition about my own intent.  I think that many of them think that I am out to de-convert them, to destroy their faith.  Nothing is further from the truth.

The reality is that their beliefs make no sense to me in the light of reason.  As a result of this and the actions of people of faith in the name of their God and/or faith I decided years ago not to remain silent.

You see the world around me has changed, dramatically.  As a child if I had a question about religion or beliefs I had limited options.  I first began reading the Bible at 8, and by that fall I had read the NT and parts of the OT.  By ten I had read most of the Bible, and by 12 I had slogged through the parts I detested (BORING).

Yet getting answers about the text where things did not fit was very problematic.  Adults of the faith, by and large, were useless, they had not read the text.  The reality that I had made them regard me as particularly devout, bound to be a pastor or priest.  Pastors, priests and church elders sometimes had ready answers, but those answers only raised more questions or created conundrums which painted the underlying notion of God in a very ill light.

Nonetheless I believed in God, essentially because everyone in the world around me did.  I did not question God’s existence at all.  I did have serious questions about what the religion taught.  By age 11 I had come to realize that denominations of Christians held such different beliefs that they could hardly be called the same religion, yet all considered their particular expressive form of that belief to be the correct one which God wanted.  For instance when I discovered that the Catholics believed in the literal transsubstation of the wine and bread into flesh and blood (in your stomach so you don’t have to taste it), whilst I had been taught it was a symbolic gesture, I was revolted and the Priest who was teaching me, an old family friend, just smiled politely.

I was amazed at the lack of reaction my family had to that notion when I shared it.  It was just, “well they just got that part wrong.”  I was horrified myself, apparently the Catholics were quite content with literal cannibalism, and my family just thought them deluded, but “with God all is possible, so who knows”?

For people of 25-30 years of age or less, the world I grew up in is hardly imaginable.  There were no home computers, no internet, no mobile device, no cds, no videotapes or even video stores, no 500 channels of unending blitzkrieg of tv, they just did not exist.  All these things were invented and became a part of our everyday reality throughout my life.  I grew up with 4 stations, and a 5th on UHF, all of which were perpetually snowy and which were controlled by the adults.

No video Games, I can recall the first ones in arcades, the tank game, a pistol shooting game, and then asteroids and the race was on.   The Atari home system was invented when I was a teenager, rich kids and drug dealers had them, not I.  I recall the first home cpu’s, with downloads lasting up to 48 hours for a game, and if the phone rang your download was by default corrupt, start over.  My twenties were the first Nintendo’s, Windows 3.1, early Mac’s, Commodores.  I recall Windows 95 being groundbreaking, and suddenly there were a LOT of people with units as the birth of the net as you know it came to be.

So you might be able to imagine what effort it took on my own behalf to read the words of Martin Luther and Thomas Aquinas, when there was no access to such things.  I had two sources, both of which required walking or biking at least a mile one way.  I could go and use the church library or the town library.

Today you just need a cell phone, which even the homeless often have.

How profound these changes have become is astounding.  In my youth few to no people ever bothered to make the effort required to actually understand the story or rationale put forward by religion, because it took a lot of effort and they had lives to live.  I was a deep thinker, and for me those deep questions had to have an answer in order for me to function.  The “where was I from”, “where am I going”, “what is the meaning of it all”, and “what is my purpose” questions all drove me to learn and read,  because the pat explanations did not hold water.

If I conversed with friends and made a point about this or that, they might think it odd, but would not make the effort to see for themselves.  That is no longer the case for the youth of this world.  If they are raised here and see an issue in their faith, they can link to any and every idea and opinion on the face of the planet in seconds.  They can watch movies, enter into chats, and read the books at the click of a mouse.

If they want to discuss Catholic Monastic life they can just Google it, I had to travel to the monasteries and actually talk face to face with Jesuits and Trappist’s.  Granted they will not carry with them the recollection of Trappist’s singing psalms at 4 am, but they can learn all about them, and 30 other types of monks in the same amount of time.  This ease of information is creating what I see as a profound shift in the youth, one toward reason and away from blind faith.  I think the last time humanity experienced a shift like this was the Renaissance, and that was also driven by knowledge with the advent of the Printing Press.

So I make myself available online, in blogging and on FB, where I am willing to discuss these heavy topics with others.  I am not out to de-convert people or destroy their faith, I am simply sharing what I have experienced and why those things I have learned do not support the assertions of religion.  I see the people entering into these chat threads and posts, who respond to blogs, as having the very same issues I did on some level, although they may not see that.  If they were content in their faith, they would not come to such debate rooms.

People of faith often feel driven to defend their idea, as if the idea itself is under assault, when all I am doing is explaining why it does not convince me.  This need to defend the faith tells me that on some unconscious level they realize it does not make sense, but do not have the education or knowledge to illustrate why they feel as they do.  As such, and with no replacement for their view on the topic, they repeat the rhetoric they have been raised in, and I reply why that is not persuasive to me.

It might be that someone does lose their faith in such exchanges, more likely that their faith shifts a little to accommodate new data.  However since blind faith is gullibility, I do not see that as a poor result.  My intent is not a loss of faith,  but an opening of mind.

So don’t presuppose I am out to destroy your faith as I am actually trying to assist in the quest for knowledge you embarked on by coming into the debate; and don’t forget we never stop learning, so my own knowledge might be transformed in some way, and that is always a good thing.